How To Tell If Someone Is Struggling With Mental Health 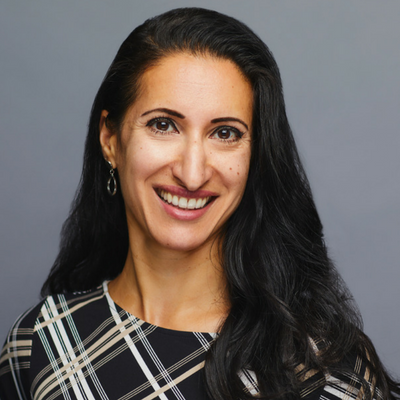 We all have our share of bad days. Sometimes we forget to follow through; sometimes we get frustrated with a friend or a colleague; sometimes we just can’t even focus on whatever we're supposed to be doing. It happens to the best of us.

There are other times, however, when our behaviour can be indicative of something other than merely having a crummy day. When someone you know seems to be a little bit more than off their game, so to speak, they may be dealing with bigger problems.

Not to say that you or anyone else can or should be diagnosing behaviour (leave that up to a professional). Rather, if you are concerned, it could be a good opportunity to show them a little extra compassion.

Perhaps they've made mention that they’re always feeling less-than-great, or are constantly using negative language to describe themselves. Or maybe you’ve noticed that they’re acting weighed down by sadness – even at happy events such as social functions.

Often, a key symptom of depression can manifest in a lack of energy. If you notice that they seem constantly fatigued, and they have no enthusiasm for activities or much of anything, this can signify an issue.

They may also complain often of experiencing sleepless nights full of tossing and turning, or, conversely, of sleeping away their evenings and weekends.

Their Fuse Is Short

Is a temper becoming all-too-common with them? People suffering from depression are often quick to react in anger, even at things that others would deem reasonably insignificant.

If others have also noticed an increase in how often they appear irritable, there may be larger underlying causes aside from minor day-to-day annoyances.

Their Concentration… Just Seems to…

Are they often having trouble following along with a conversation you’re trying to have with them? Have they complained that they can't focus on a task? A lack of concentration typically occurs when we have been stressed out for extended periods of time – a symptom that may be associated with depression.

Often, people suffering from depression feel as though things will never get better, and concurrently, they will never feel better. If they describe themselves in such absolute terms – feeling hopeless, empty, worthless, etc. – and they are acting disconnected from people and situations, they may be exhibiting symptoms related to depression.

So what do you do if you're concerned?

First and foremost, it’s important to take a gentle stance. Think about pulling them aside to a quiet place where it’s just two of you, and letting them know what you’ve noticed about them lately. Just say you’re checking in to make sure they’re doing okay.

It’s also definitely important to let them know you’re there if they want to talk, or maybe grab a coffee. Depending on how bad things are, you could also recommend that they speak to a registered mental health professional.

Certainly, anyone can have a bad day or two, but if you’re sensing a distressing pattern in someone's behaviour, there is help available for them.

One of the most effective ways in which people cope with depression is through Cognitive Behavioural Therapy (CBT). As a clinically-proven, evidence-based approach, CBT helps us understand the relationship between our thoughts and behaviours.

You can learn all about BEACON CBT and how it works here.

By using CBT, we learn how to develop skills to control how we deal with everyday challenges like stress in a positive way.

Check out these related articles:

Understanding panic attacks and how to stop having them

The BEACON therapist: how they make your digital therapy successful

Setback at work? Here's how to get over it.

BEACON is covered for many Canadians.

Check with your employer or benefits plan provider on how to access BEACON digital therapy at reduced or no cost.

A healthy mind, starting from your inbox.

Sign up to receive stories, tips, and ways to strengthen your mental health and resilience.

BEACON is not a crisis service. If you are in crisis, or this is an emergency, please phone ‘911’ or visit your nearest hospital emergency room.