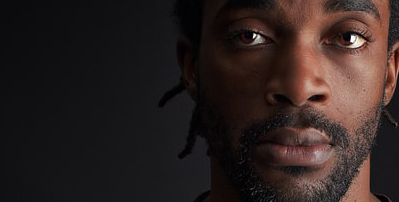 Be strong. Toughen up. Be a man. Every time you hear that, it reinforces the stereotype that men should not be “emotional” because it’s weak.

Several studies have shown that men seek help far less often than women, even though their rates of certain mental illnesses are the same or even higher. As a result, a man’s mental health issues can go undiagnosed and untreated. Movember seems like the perfect time to shine a light on this important issue.

Many men suffer in silence – and the consequences can be devastating.
Fewer men are formally diagnosed with depression – yet suicide rates in men are three times higher than in women. Globally, on average, a single man dies by suicide every minute of every day. It is believed that this discordance between men’s low rates of diagnosed depression and high suicide rates is the stigma around men’s mental illness, which can impede men from seeking help and limit their self-disclosure about depressive symptoms and/or suicidal thoughts.

Studies have shown that the majority of men are ashamed to seek help for depression and suicidal ideation and believe they can independently overcome their mental health challenges. A 2018 Canadian survey reinforced these stigmatized beliefs, revealing that more than one-third of men and women surveyed endorsed the view that men with depression are unpredictable. Additionally, more male than female respondents said that they would feel embarrassed about seeking formal treatment for depression.

Men face unique barriers in accessing mental health support.
According to the Toronto Men’s Health Network (TMHN), even the concept of “men’s health” is relatively new in Canada. Men’s mental health faces an even greater lack of awareness and attention. Here are a few reasons why:

We need to encourage men to talk about their mental health.
Addressing the barriers men face in accessing the mental health support they need starts with ending the stigma of asking for help. Here are some ways we can all – men and women – work towards doing this collectively.

Globally, on average, a single man dies by suicide every minute of every day.

More tips on supporting someone with a mental health concern

Supporting Someone With a Mental Health Concern

Lend an Ear: How to be a good listener for someone with a mental health issue