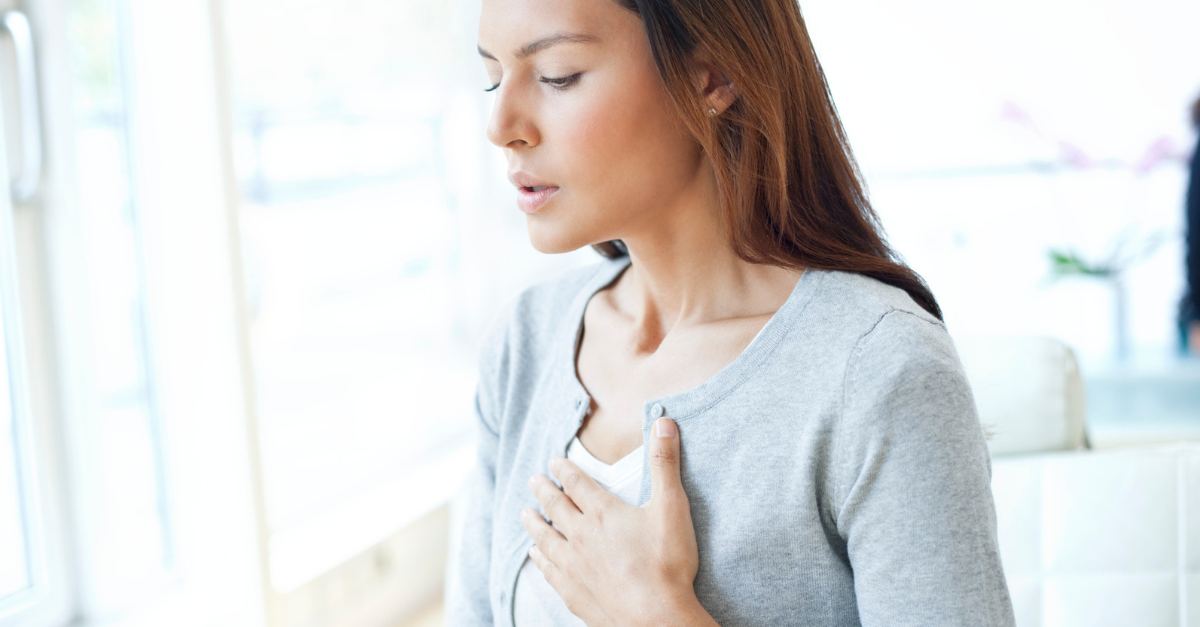 Between caring for kids and elderly parents, work pressures and financial challenges, it’s not surprising that mood and anxiety disorders were on the rise even before the pandemic. Throw in a deadly virus that’s upended our lives for over a year, and it’s a recipe for anxiety, panic attacks and panic disorder.

While face-to-face Cognitive Behavioural Therapy (CBT) is considered the gold standard for initial treatment of panic disorder, therapist-assisted internet-based Cognitive Behavioural Therapy (TAiCBT) is just as effective, and much more accessible for a greater number of people. At MindBeacon, we offer TAiCBT through our Therapist Guided Programs.

What is a panic disorder?
To understand panic disorder and how TAiCBT can help, we first have to look at panic attacks. A person experiencing a panic attack feels an abrupt surge of intense dread, fear or discomfort that peaks within minutes—in other words, it comes on fast and furious, and it’s over relatively quickly. Panic attacks bring on a wide range of symptoms, some of which can be really scary, including racing heart, shortness of breath, trembling or shaking, sweating, chest pain or discomfort, a choking feeling, nausea, abdominal distress, feeling dizzy, unsteady, lightheaded or faint, chills or hot flashes, numbness or tingling sensations, feelings of “unreal” and dissociating from your surroundings or self, fear of losing control and/or fear of dying.

While panic symptoms can be tied to specific fears or phobias, when someone has a panic disorder, their panic attacks seem to be random, appearing unexpectedly and without an obvious trigger—and that makes them even more distressing. Panic disorder develops when a person repeatedly has these unexpected panic attacks, and as a result becomes constantly worried about having future panic attacks and makes significant changes to their behaviour in an effort to avoid the attacks.

What is the impact of panic disorder?
Panic disorder reduces quality of life significantly and it can severely impact a person’s social functioning and engagement with school, work and family responsibilities. It can also affect physical health as people with panic disorder are at greater risk of developing cardiovascular, respiratory, gastrointestinal and other medical problems.

Those who have a panic disorder often also have other mental health issues, including phobias, depression, social or generalized anxiety, and substance abuse. Between 35% and 65% of people who have a panic disorder also have agoraphobia—an intense fear of being in situations where it could be difficult to escape or get help, which leads to avoidance of those situations.

How does therapist-assisted iCBT help?
We know CBT is highly effective at treating panic disorder—in fact, the American Psychiatric Association and the U.K.’s National Institute for Clinical Excellence recommend it as the best first option for treatment. But many people face significant barriers to accessing therapy, such as stigma, cost, geography, a lack of therapists who are specifically trained in the treatment of panic disorder, and more. TAiCBT breaks down many of the barriers, increasing access to life-changing interventions for people struggling with panic disorder and other mental health issues.

While it was once believed that TAiCBT was not especially effective in treating more severe symptoms of mood and anxiety disorders—like the panic attacks associated with panic disorder—there’s growing evidence that it is just as beneficial as in-person treatment. But more real-world evidence is needed to support expanding programs like MindBeacon’s TAiCBT for panic disorder.

Our Therapist Guided Program for panic disorder is a 12-week module-based program that provides education and worksheet exercises to help you recognize and challenge panic, face fearful situations or activities, and manage with the physical sensations of a panic attack. It’s self-paced, with new content delivered weekly in most cases, and clients can message their therapist as often as they like through our platform (meaning clients may have better access to therapists than they would with traditional care).

To study the effectiveness of our program, we followed 76 people with panic disorder and agoraphobia who completed at least two weeks of treatment and at least two weekly outcome measures. The results were very positive:

Overall, there was a 41% reduction in symptoms from the initial assessment to the end of treatment. This is consistent with studies of other TAiCBT programs, as well as with in-person CBT, pointing to the effectiveness of therapist-assisted therapies delivered online.

How can you access TAiCBT?
If you’re struggling with anxiety or panic attacks, it’s important to seek help. MindBeacon’s Therapist Guided Program gives you the tools you need to manage and reduce your symptoms, and the good news is, the programs are covered by a lot of employee health benefits. If you are a resident of Ontario, the government of Ontario has funded the Therapist Guided Program as well which means it's free for you to use.

If you're ready to get started with therapy and would like to complete your assessment, visit us here.

"Between caring for kids and elderly parents, work pressures and financial challenges, it’s not surprising that mood and anxiety disorders were on the rise even before the pandemic."