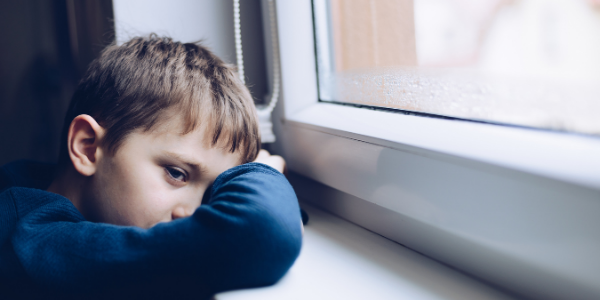 “Step on a crack, and you break your mother’s back.” We’ve probably all heard this before, and maybe even avoided stepping on cracks when we first heard this as children for fear of being responsible for such a significant consequence.

Having odd, random thoughts about over-responsibility, or superstitious beliefs is common enough, especially in childhood –but what happens when these thoughts begin to take over and become repetitive, intrusive, and intensely distressing? Obsessive-compulsive Disorder, or OCD, is a type of anxiety disorder that commonly begins in childhood and is characterized by both obsessions, or repetitive unwanted thoughts, and compulsions, or behaviours that are intended to reduce the anxiety associated with these thoughts or to “neutralize” these distressing thoughts. Common compulsions including checking things over and over, counting a certain number of times, re-reading or re-writing, excessive reassurance seeking, and other ritualistic behaviour.

Detecting OCD in children and adolescents
As a parent or teacher, it can be difficult to detect OCD in children and adolescents when it is primarily obsessive OCD, or when compulsions are primarily mental in nature (e.g., counting or repeating certain words mentally). You might notice, however, that the child/adolescent is taking longer than usual to complete tasks (e.g., leaving the house, completing homework), or may get intensely distressed if things are not done in a particular way.

OCD might be more apparent when there are overt compulsions, such as re-doing something until it is “just right,” washing or cleaning over and over, avoiding certain “contaminants,” or other ritualistic behaviour that might involve others’ participation (e.g., night time rituals that must be performed in a very particular way).

If you suspect that a child/adolescent may be experiencing OCD symptoms, it is worth getting them assessed by a professional, as OCD is treatable with CBT and specifically, Exposure and Response Prevention, or ERP.

Treating OCD with ERP
Exposure and Response Prevention is an evidence-based treatment for OCD in children and adolescents. In treatment, children are given a set of tools for “bossing back,” or resisting OCD compulsions. They are taught how to break down this “bossing back” into a series of steps on a ladder – climbing up from the easiest steps to the most challenging (as rated on their own fear-mometer). Children learn to “take back their land” from OCD through systematically resisting OCD’s demands. Parents also take part in treatment through learning more about OCD, and steps that they can take to support their child in talking back to OCD.

"Exposure and Response Prevention is an evidence-based treatment for OCD in children and adolescents."

Ask a Therapist: What is social anxiety?

What is toxic masculinity exactly?

How men can shift out of toxic masculinity